Gaia14aaa and its host galaxy. This image shows the supernova named Gaia14aaa as seen on 10 September 2014 with the robotic Liverpool Telescope on La Palma, in the Canary Islands, Spain. This is a Type Ia supernova – the explosion of a white dwarf locked in a binary system with a companion star – and it was discovered in the data collected with ESA’s Gaia satellite on 30 August. In the left panel, the image from the Liverpool Telescope shows both Gaia14aaa and its host galaxy, named SDSS J132102.26+453223.8, which is about 500 million light-years away. In this image, the supernova is slightly offset from the galaxy’s core. The central panel shows an image of the same galaxy, taken as part of the Sloan Digital Sky Survey, several years before the explosion of Gaia14aaa could be observed from Earth. The right panel was obtained by subtracting the second image, which contains the light emitted by the galaxy, from the first one, which depicts both the galaxy and the supernova. The difference between the two images clearly shows the appearance of Gaia14aaa. The image was taken using the i' filter, which corresponds to red and near-infrared wavelengths.   Credit: M. Fraser/S. Hodgkin/L. Wyrzykowski/H. Campbell/N. Blagorodnova/Z. Kostrzewa-Rutkowska/Liverpool Telescope/SDSS.

We are pleased to announce a discovery of the first Gaia supernova, named Gaia14aaa. The discovery, announced by ESA today, was made by the Gaia Science Alert Team, which includes scientists from Cambridge, UK, and Warsaw, Poland. The team are tasked with combing through Gaia photometric data in search of unexpected changes (“transient” events), such as supernovae explosions and changes in brightness of many other types of variable stars. It is expected that Gaia will discover large numbers of such objects during its lifetime.

The supernova explosion was detected by Gaia on 30 August, but additional ground-based observations were needed to confirm the discovery. Gaia14aaa is a type Ia supernova - the explosion of a white dwarf caused by the accretion of matter from a companion star in a binary system.

For more information about the discovery see Gaia discovers its first supernova. 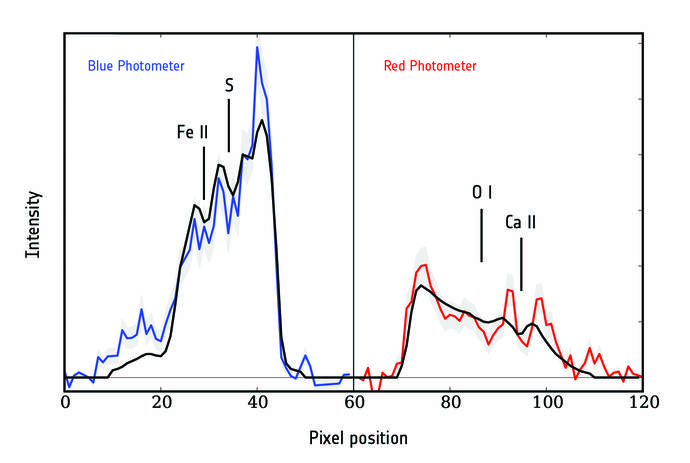