The Sun, and other stars in the Galaxy, revolve around its centre. Many eyes are drawn toward the Galactic Centre, where the Milky Way is at its densest, with a supermassive black hole at its heart. However, it can be equally interesting to look in the opposite direction, the Galactic anticentre, as there we can see more clearly the disturbances that our Galaxy has suffered throughout its history. 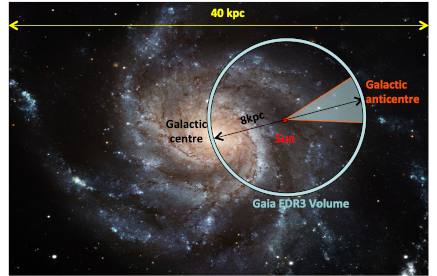 Figure 1. Overview sketch of the Milky Way with the direction of the Galactic anticentre indicated, as seen from the solar system. Image credit: Background: ESA/Hubble, Sketch: ESA/Gaia/DPAC

​​​​​​While a view to the Galactic Centre targets the inner region of our Galaxy and shows many stars, most of which located in the disk, this view is also obscured by interstellar dust. Towards the anticentre direction, in contrast, the line of sight is less hindered by extinction, allowing us to reach the outer region of our Galaxy, and study not only the disk but also the halo. ​​​​​​​For the stars in the anticentre the gravitational effects from the Galaxy itself are lower and perturbations in this region are therefore more distinctive.

​​​​​​​With Gaia EDR3 data, one can look with the same precision almost 2 kpc farther than with Gaia DR2. The outer parts of the disk are complex and quite perturbed. Looking at external galaxies, these outer parts are very faint and difficult to observe. Now with Gaia's newest catalogue one can actually reach this part of the disk within our own galaxy.

Given that the line-of-sight velocity in the anticentre direction is almost completely radial in the Galaxy, one can compute the vertical and azimuthal velocities of stars based on Gaia astrometric data alone (proper motions and parallaxes), providing a unique opportunity to investigate the kinematics of the stars.

Figure 2 shows the rotation and vertical velocity change as a function of distance from the Galactic Centre. Contrary to expectations, the velocity dispersion in the vertical direction is not decreasing but seems rather constant. Significant oscillations are seen, and the curves are more bumpy than can be explained from the known differences in the population samples. It is expected that these oscillations are caused by resonances and other dynamical phenomena.

The substructures as seen when projecting the azimuthal velocity versus the radius from the Galactic Centre are shown in Figure 3. For the first time, the kinematic substructures are resolved in the outer parts. It is seen that known ridges extend beyond their limits in Gaia DR2 and new ridges pop up. While it is known that both bar and spiral arms can create these ridge-like features, the perturbations by the galaxy of Sagittarius could have induced them as well. Thus, we do not yet know for certain how the interplay between different dynamical mechanisms shape this plane. 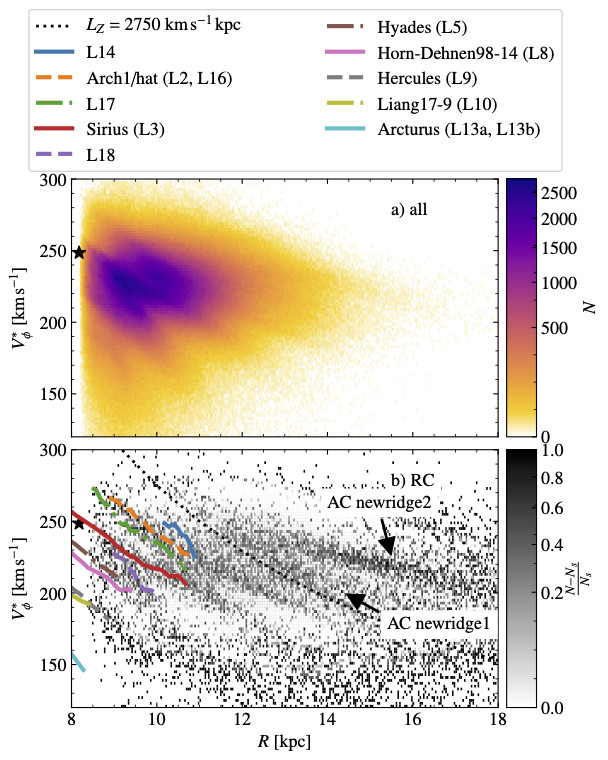 Figure 3: Diagonal ridges in the phase space projection of Galactic radius and rotation velocity. These structures were first detected with Gaia DR2 but with the new Gaia EDR3 data we see them extending out to much larger distances and new ridges appearing. We need to investigate which are the exact causes of these structures as different mechanisms could be at play: the effects of the Galactic bar, the spiral arms and the perturbations from external satellites. Image credit: Gaia Collaboration, T. Antoja, et al. - under review.

​​​​​The present investigation of the Milky Way disk confirms that in the past the disk used to be smaller than it is today and has grown over time to reach its current size. In particular a population of stars that is believed to be the ancient disk of the Galaxy from about 10 billion years ago is found to have a smaller extent compared to the current disk. The debris of the Gaia-Enceladus-Sausage reaches farther distances from the Galactic center than this ancient disk.

When dividing the sample of the disk into stars above the Galactic plane and stars situated below the Galactic plane, it is found that their behaviour is different, as can be seen from Figure 4. Upon further inspection, the stars with large angular momentum are moving upwards from below the plane, while the stars with slightly lower angular momentum move preferentially downwards. As a first interpretation of this behaviour, one might attribute it to a perturbing force bending the stellar disk.

Figure 4: Rotational and vertical velocities and their dispersions for all stars (black) and divided into those above (orange) and below (blue) the Galactic plane. Shaded areas indicate uncertainty. Clearly the behaviour is rather different on either side of the plane. Image credit: Gaia Collaboration, T. Antoja, et al. - under review.

When looking at the edge of the disk (Figure 5), Gaia EDR3 allows to select stars that belong to structures such as the Sagittarius stream of the Anticentre Stream that can be remnants of disrupted galaxies or streams or disk stars with highly perturbed orbits. Until now, these were mostly detected using stellar counts of certain star populations. Now, thanks to the exquisite parallaxes and proper motions, we can select and visualise these structures in a much sharper way. 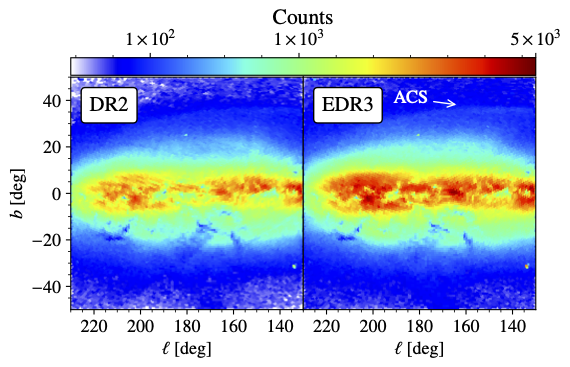 ​​​​​​​Figure 5: Star counts towards the anticentre for stars selected as likely to be distant. With Gaia EDR3, a simple astrometric filter is enough to see the anticentre stream (ACS). Image credit: Gaia Collaboration, T. Antoja, et al. - under review.

Apart from the disk, Gaia data contains members of the open clusters Berkeley 29 and Saurer 1 in the direction of the Galactic anticentre. With the use of Gaia EDR3 their orbits have been derived with high confidence. Although they are located at large distances from the Galactic centre (at about 20 kpc), their orbits are found to be nearly circular disk-like ones. These orbits do not link them to the Sagittarius stream as previously claimed: they are at high latitudes but are rotating along with the disk. 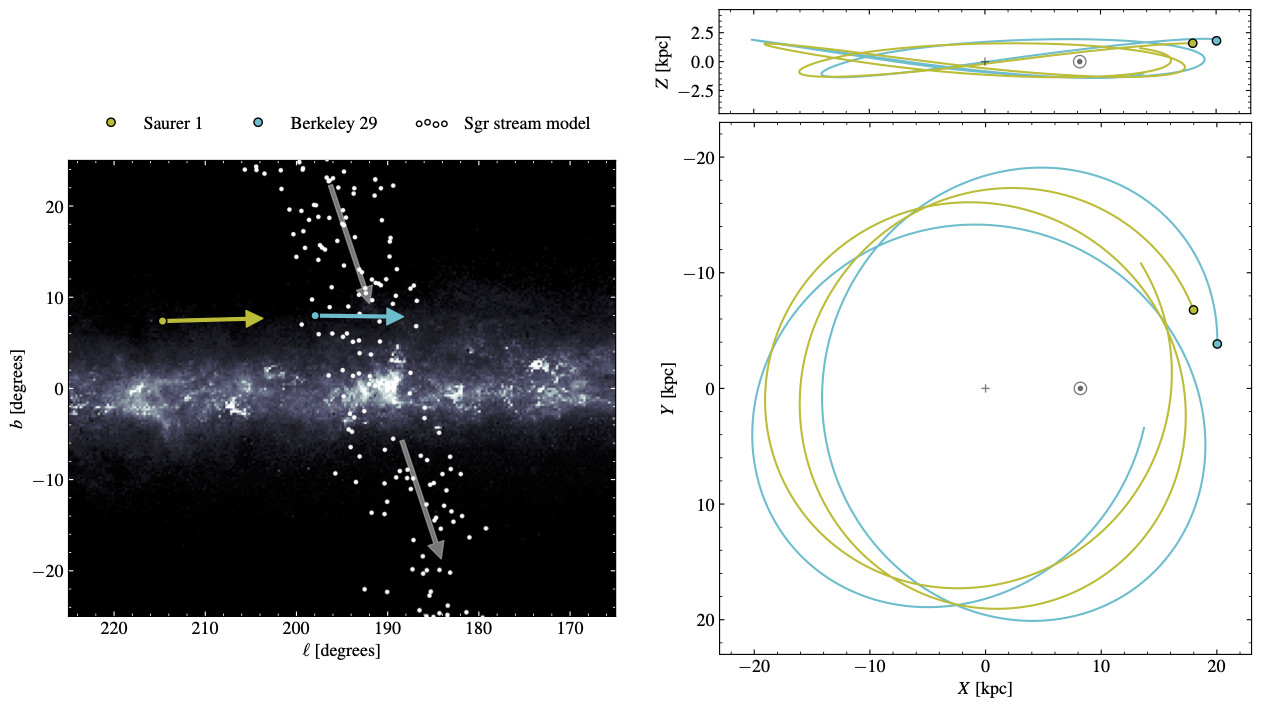 Figure 6: Orbits of the clusters Berkeley 29 and Saurer1. The excellent quality of the Gaia EDR3 data has improved the selection of stars belonging to these clusters and the measurement of their orbits. These clusters seem to follow disk orbits. Image credit: Gaia Collaboration, T. Antoja, et al. - under review.

The exploration of the Galactic anticentre based on Gaia EDR3 data, as demonstrated in this Gaia Collaboration paper "Gaia Early Data Release 3: the Galactic anticentre", gives a peek into the further unveiling of the structure of our Galaxy and gives an impression of how complex and how much alive the disk of our home galaxy is.

Video 1: Antonella Vallenari - Why do we study the stars in the Galactic anticentre to learn about the Milky Way's history? Credit: ESA/Gaia/DPAC​​​