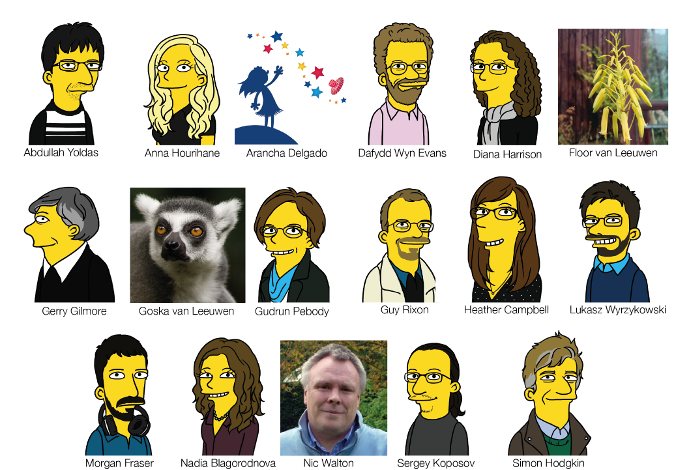 How did Gaia get going and who was involved?

Many years of work are needed to plan and carry out such an ambitious project as Gaia.

When Hipparcos, the first space mission to map the stars, came to an end in 1993, scientists were already thinking about the next leap forward in mapping the Milky Way. What they came up with is the Gaia space mission. Gaia had to compete with ideas for alternative missions put forward by other groups of scientists before the mission got the official go-ahead from the European Space Agency (ESA)  in October 2000.

ESA is funded by its national member states, which include the UK, so the whole of Europe has helped put Gaia in space!

To find out more about why Gaia was designed and how it goes beyond what the Hipparcos mission did, watch the Science@ESA vodcast: "Episode 6: Charting the Galaxy - from Hipparcos to Gaia" .

Now that Gaia is up in space, ESA operates the spacecraft from its control centre in Darmstadt, Germany. Since Gaia began scanning the sky, ESA is also responsible for the initial processing of the raw Gaia data (for the first six months after launch, Airbus Defence and Space - who built the satellite for ESA - was responsible for the commissioning of the satellite. Find out more about the organisations involved in designing and building Gaia.

The Gaia Data Analysis and Processing Consortium (DPAC) is responsible for all further processing of the Gaia data. Gaia DPAC is made up of more than 400 expert scientists and software developers across Europe responsible for processing the Gaia data and making sense out of it (which is not an easy task!). Gerry Gilmore is the UK Principal Investigator for the Gaia DPAC and many UK universities and research institutes have members involved in DPAC. More information on how DPAC works can be found on the Gaia Data Processing and Analysis Consortium page.

Those involved in the Gaia science team and science advisory team (during mission planning stages) are listed on the Gaia Science Team page on ESA's website. From the Gaia Science Alerts team, Gerry Gilmore, Floor van Leeuwen and Nic Walton are or have been involved at various stages.

Who is behind the Gaia Science Alerts?

The Gaia Science Alerts Team at Cambridge and some of their activities:

To find new transients, brightness measurements for objects in the same patch of sky observed by Gaia at different times must be compared to see what has changed. The Gaia Science Alerts team has developed the software, AlertPipe, that performs this check automatically and detects any new transients. Guy Rixon, Łukasz Wyrzkowski, Sergey Koposov and Simon Hodgkin have been key contributors to the development of AlertPipe. Abdullah Yoldas works on development and testing of software and monitoring of the Alert detection systems as they are run. Many factors complicate the detection of transients and increase the risk of false detections - Diana Harrison works on ways to find these false detections and remove them from the list of Alerts for publishing.

Every Alert object has dispersed spectra from the red and blue photometer prisms on board Gaia. The work on preparing the prism spectra for use is led by Giorgia Busso at the DPCI. These spectra provide additional information for each Alert. Nadia Blagorodnova has developed software (GS-TEC: the Gaia spectrophotometry transient events classifier) as part of her PhD project that provides an initial classification for the Alert based on the prism spectra - does it look like a supernova, for example? (Follow-up data are needed to confirm the classification and to find out more about the Alert object). Another task carried out by the team producing the Alerts is the cross-match of the Alert positions against existing sky catalogues. This provides an image for the patch of sky where the Alert is and other useful information such as: is it a known object? If so, what colour was the object previously? Is the Alert near a galaxy? All this information helps in figuring out more about the object and how to go about getting follow-up observations.

Who publishes the Alerts? And what happens next?

Some members of the Gaia Science Alerts team work on announcing the Alerts to everyone. Arancha Delgado has developed the publisher where the Alerts are released along with extra useful information for every object - this publisher website, at http://gsaweb.ast.cam.ac.uk/alerts, is aimed mainly at professional astronomers. Goska van Leeuwen is the web developer for this outreach website. This is the place where everyone can access the list of Alerts and find out more about Gaia. The list of Alerts published here contains objects that have been specially selected for schools and amateur astronomers. Supporting materials for carrying out follow-up observations, plus educational and multimedia materials, are also published here.

Some of the team concentrate on making use of the Alerts once they are published. This work includes taking follow-up observations, carrying out scientific research on the Alerts and doing public engagement and outreach based on Gaia and the Gaia Alerts. Łukasz Wyrzkowski has a leading role in coordinating the photometric follow-up of the Alerts by astronomers, and with Sergey Koposov has developed a system (the Gaia Calibration Server) where images from astronomers can be uploaded and automatically calibrated and measured. This allows direct comparison of results from different telescopes and instruments, so the data is "science ready". The Alerts team are still very busy with work on the Alerts system but in the future they hope to be able to take in images from schools and automatically measure those too. Morgan Fraser works on the  science of transients with the Alerts (focussing on core-collapse supernovae) and the coordination of ground-based spectroscopic follow-up observations. Heather Campbell also works on science with the Alerts, leading Gaia’s first science publication, and has coordinated follow-up observations. Heather also has a large involvement in outreach with Gaia. Anna Hourihane works on outreach for Gaia and the Alerts and liaises with Gaia Alerts educational partners. Gudrun Pebody is involved in the organisation for outreach. Some of our Gaia outreach activities include working with Angel Eye Media to develop the Gaia animations, developing activities for and exhibiting at science fairs and participating in teacher training events.

Many of the Gaia Alerts team contribute to outreach activities in some way, for example, by giving talks or manning the Gaia exhibition stand at events. The wider Gaia community at Cambridge and around the UK also generously donate their time to participate in outreach activities.

Is it only scientists and engineers that can be involved in Gaia?

No! We want as many people as possible to get involved in Gaia! Gaia is a public mission, funded by contributions from all ESA member states and we want people to benefit from it. You can find out more about Gaia through this website or by coming along to one of our events. We bring Gaia into schools with the help of our educational partners.

Gaia educational partners in the UK

In the UK, a number of educational partners support the Gaia project. These partners work with Gaia science experts to create and deliver educational activities based on Gaia, with a particular focus on the Gaia Science Alerts.

Faulkes Telescope Project (FTP): The Faulkes Telescope Project, part of the Las Cumbres Observatory Global Telescope network (LCOGT), provides access to a global network of robotic telescopes for schools in the UK and Ireland and supplies free resources for science education. The LCOGT network includes eighteen telescopes placed all over the world. Weather permitting, this ensures continuous access to a telescope in some part of the world as it is always dark somewhere!

FTP are educational partners in the Gaia Science Alerts project, working with the Gaia Science Alerts Team to provide dedicated resources to guide you through the process of using a robotic telescope to follow up a Gaia Alert. FTP resources are based on the concept of inquiry-based science education which inspires greater learner engagement by allowing the student to learn by undertaking their own investigations. These resources show you how to take images with a robotic telescope, how to analyse them and how to use the results to figure out new information about the Gaia Alert object. Fraser Lewis has been trialling the follow-up of Gaia Alerts with FTP.

Through FTP, Sophie Bartlett is developing a set of curriculum-linked classroom activities in collaboration with the Gaia Science Alerts team, through a grant from the UK Science and Technologies Facilities Council (STFC), held by Paul Roche of FTP. These activities use the Gaia mission as a context for learning science and are being published on this website on Education pages in the Alerts section. Teacher training events based around these activities are being planned.

European Space Education Resource Office UK (ESERO-UK): ESERO-UK provides free resources, support and information for teachers to enhance the teaching and learning of science, technology, engineering and mathematics (STEM) using space as a context. Regional Space Ambassadors support their local schools around the UK, provide teacher training or continuous professional development (CPD) and arrange in-school visits. Gaia educational partner Paul Roche of FTP is a Space Ambassador based in Cardiff, Wales. ESERO-UK ran a national teacher training event in 2014 to introduce the science and technology of the Gaia mission and the opportunities for using Gaia as a context for teaching science (this was also supported by STFC). Another is planned for this year (2016).

You can find out who funds Gaia on the Funding of Gaia activities in the UK page on this website.

Additional support for Gaia outreach and education in the UK has been received from STFC, the Royal Society, the Royal Astronomical Society (RAS), the Institute of Physics (IoP), Airbus Defence and Space and the UK Space Agency.