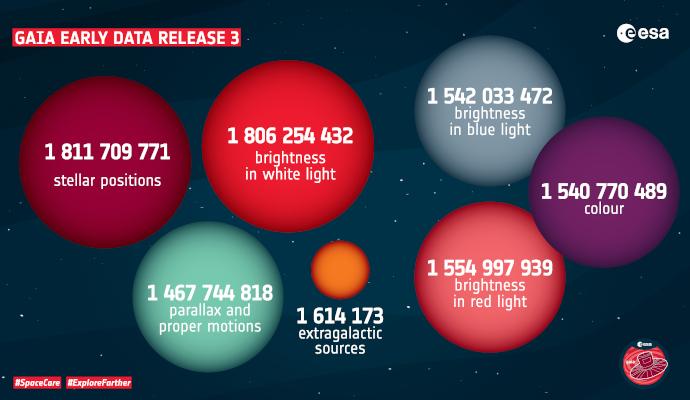 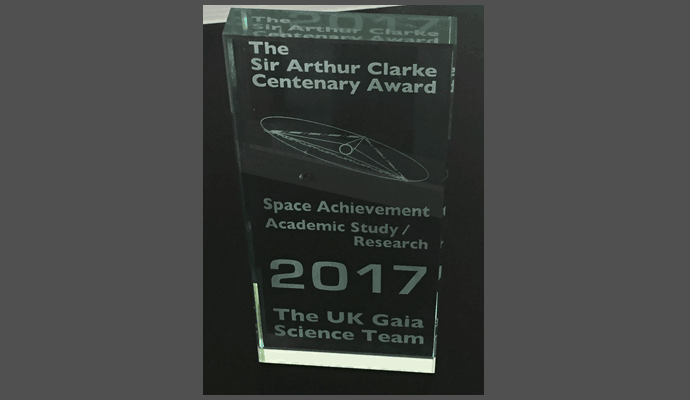 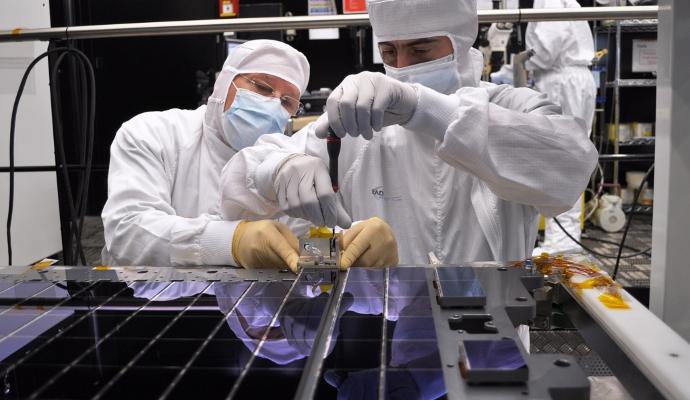 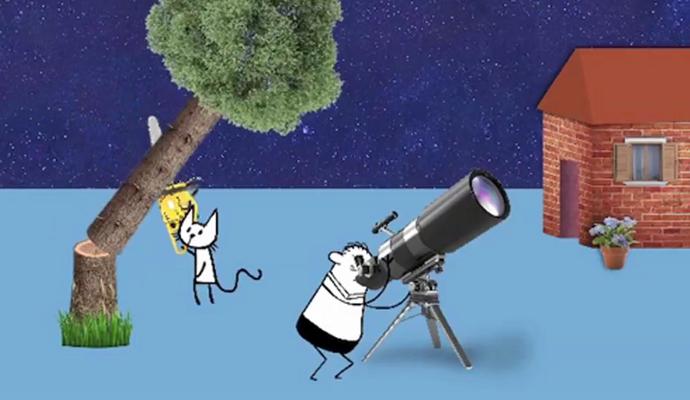 Gaia in one minute

Watch one of our cartoons explaining Gaia and its science. Choose a cartoon.

Previous Pause Next
1 of 4 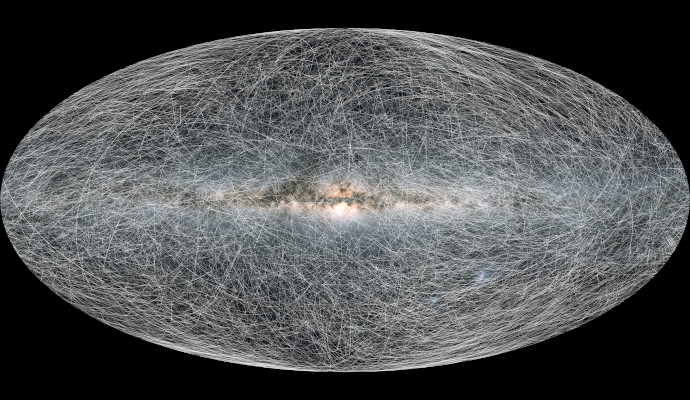 The trails on the image show the displacement on the sky of 40 000 stars within 100 parsec distance from the sun 400 thousand years into the future (see "Following the journey of the stars across the sky" for more information). The trails are shown on the Gaia EDR3 flux sky map. A major improvement in Gaia Early Data Release 3 (Gaia EDR3) with respect to Gaia DR2 is the precision to which the motions of stars across the sky, the so-called proper motions, have been measured. The precision has increased by a factor of 2 because of the larger number of observations processed for Gaia EDR3 and the larger time difference between the first and last observation. Credit: ESA/Gaia/DPAC. Released under CC BY-SA 3.0 IGO.

The Gaia Early Data Release 3 (Gaia EDR3) was published on 3 December 2020 at 11:00 GMT. Gaia EDR3 is the first part of Gaia’s 3rd data release, based on the 34 months of mission data. It contains astrometric data (positions, proper motions, parallaxes) and photometric data (magnitudes, colours) for around 1.8 billion stars.

Among the most difficult to measure, but at the same time most fundamental, properties of a star are its distance and its motion in space. The ESA Gaia mission has been designed to do exactly that, and is doing so at unprecedented accuracy. Gaia, launched in December 2013, is now having a widespread and substantial impact on astrophysics, an impact that increases significantly with every new data release. The main impact of the new release will be in the improvements in accuracy for the photometry, the proper motions and parallaxes. The longer time span of the data and increased understanding of the Gaia instrument allowed for a more accurate and detailed removal of systematics from the observations. The accuracies and completeness of the new data have allowed, for example, to derive a reliable mapping of the 3-dimensional positions and motions of the stars surrounding the sun within a radius of 100 parsec (326 light year), to measure directly, for the first time, the acceleration of the Solar System, and thus the force acting on it, and to identify and examine the distributions of stellar populations of different-ages in the Large Magellanic Cloud (LMC), providing much improved insight into the history of the LMC. This is clearly only the beginning; the potential of the newly released data is beyond anything we have seen before.

Institutes in the UK have played a pivotal role in a wide range of aspects of the new data release. At the Institute for Astronomy (IfA) in Edinburgh, supported by Leicester University, software for the pre-processing of the data was prepared and tested; at the Institute of Astronomy (IoA) in Cambridge the photometric data was processed and prepared for publication, and at Mullard Space Science Laboratory work is continuing on the software for the processing of the spectroscopic data produced by the mission. The data release is accompanied by extensive online documentation, the preparation of which has been coordinated and prepared at the IoA in Cambridge. The UK contributions are supported by grants from the UK Space Agency and the STFC.

All data products are made available to the public through Gaia archive and its partner data centres.

More information about Gaia EDR3 can be found in Gaia EDR3 section of ESA website.

Gaia EDR3 Question and Answer videos are available from https://www.cosmos.esa.int/web/gaia/edr3-questions-answers.

Background information about Gaia EDR3 and videos demonstrating Gaia EDR3 data can be found at https://www.cosmos.esa.int/web/gaia/edr3-stories.

Recording of the Gaia Science and Media Briefing hosted by the Royal Astronomical Society: https://www.youtube.com/watch?v=HesPN2oYPUI&feature=youtu.be

Gaia Early Data Release 3 Astropod podcast of interviews with the Gaia team members working at the Institute of Astronomy in Cambridge: https://open.spotify.com/episode/5G5oxoTejIafyJt12MT8ii?si=ZhH5sWzOR6ei6...

Acknowledgements: The image, a still from "Star Trails" video, was created by Anthony Brown, based on an idea from Stefan Jordan. Background colour image created by André Moitinho.

Gaia in one minute 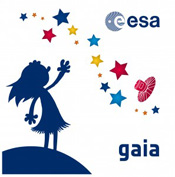 Test your Gaia knowledge with a quiz.