Gaia: From Stevenage to Space 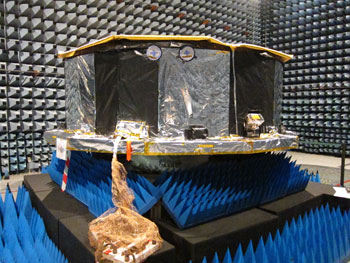 As the final preparations for launch get underway at the Kourou spaceport in French Guiana, a world away in Stevenage, the team of engineers responsible for designing and manufacturing the service module of the Gaia Spacecraft are busily working away in the offices of Astrium. Many of them spent more than five years working on the spacecraft that very soon will finally make it to its destination and begin the task of cataloguing more than a billion stars in our galaxy.

For some members of the team, this launch will add one more feather to an already heavily adorned cap which boasts past achievements including Orion, Rosetta and many more besides. For others, this will be the first spacecraft they have worked on to make the perilous journey into space. One of them is me. My name is Vicki Lonnon, and I am proud to be part of the team from Astrium right here in the UK who contributed to the Gaia mission.

Some of you may be surprised to hear that here in the UK we have a thriving space industry, indeed, the majority of people passing the Astrium site in Stevenage are unaware of the extraordinary things taking place inside these walls. If you ask someone wandering around Stevenage town centre if they have ever heard of Astrium the chances are they will say “no”. But right here we do indeed make spacecraft, and make a significant contribution to many of the exciting and ground breaking scientific space exploration missions currently taking place under the auspices of the European Space Agency.

Gaia is a European Space Agency (ESA) cornerstone mission designed to survey the galaxy, mapping around one billion stars and recording their radial velocities in order to further our understanding of the Milky Way. 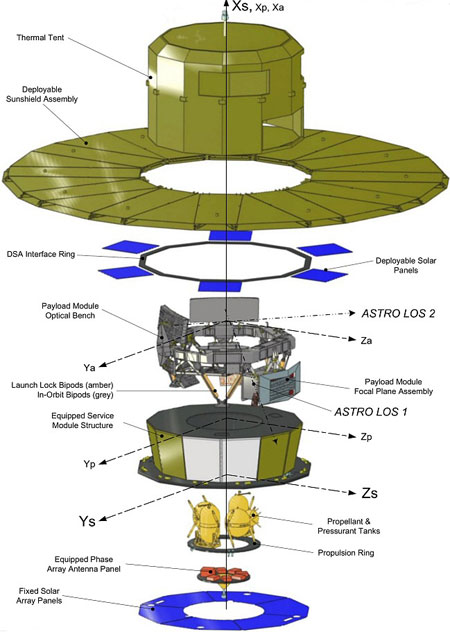 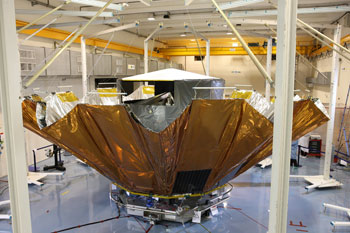 I spent a little under four years of my early career working on Gaia as part of a 10 strong team tasked with designing and testing the AOCS (attitude and orbit control system). The AOCS is one of the most complex spacecraft sub-systems. This complexity comes from the way in which the AOCS must interface with each of the other spacecraft sub-systems. Its role is to control the attitude of the spacecraft throughout the mission lifetime, performing orbital and attitude manoeuvres to ensure that the spacecraft is able to fulfil its mission. The AOCS is responsible for keeping the solar arrays pointed toward the sun, keeping the communication antenna pointed toward the Earth and perhaps most importantly, keeping the highly advanced Gaia telescope, with its massive one billion pixel camera, pointed toward deep space. In effect, the AOCS is the auto pilot of the spacecraft. Gaia presented some unique challenges for the design of the AOCS system, in particular the highly accurate pointing needed to ensure that the telescope is able to properly capture information to the desired level of accuracy meant that the spacecraft orientation and position must be maintained to within a few milli-arc seconds, that’s 1/3,600,000th of a degree! In order to achieve such high precision, the Gaia AOCS used a novel technique which made use of the instrument itself as a sensor to provide highly accurate attitude information which could then be complemented by data received from other sensors (the Star Tracker) and used to provide commands to the micro-propulsion system capable of the smallest of manoeuvres to adjust the spacecraft attitude.

Exciting times are ahead, both watching the launch of the spacecraft and finally seeing the system I had a hand in designing and implementing actually fly in space and begin its six year mission to catalogue the stars. Perhaps add “I can’t wait!”