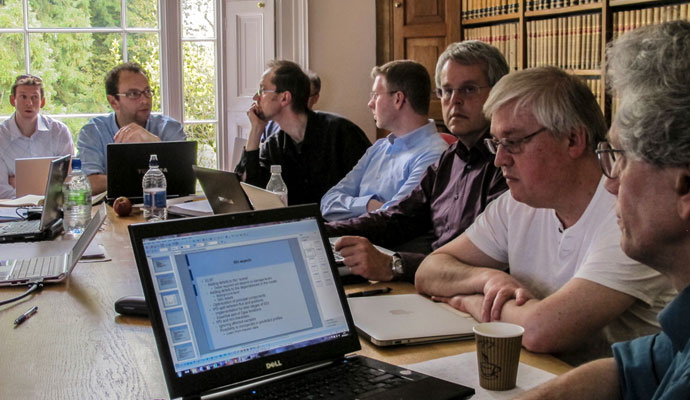 The Radiation Task Force (led by Floor van Leeuwen of the IoA) at a meeting in Cambridge in April 2013, discussing implementation of mitigation software.

When Gaia is in operation, 1.5 million km away from Earth, it is no longer protected from radiation by the Earth magnetic field. Harmful radiation will be able to penetrate the spacecraft and cause damage to the CCD detectors. This damage comes in a wide variety of shapes, depending on what caused it. The result of all damage, however, is to cause so-called traps, which interfere with the transport of the measured signal along the CCD. This measured signal is the stellar image Gaia tries to record, and from which we have to measure the transit time (position) and flux (brightness). Traps will temporarily capture some of the signal, and later release it (see also The Gaia CCD challenge and Edinburgh University contribution). Different traps will release the captured signal at different time scales, ranging from milliseconds to more than a minute. This is a process referred to as charge-transfer inefficiency or CTI. The result of CTI is that the images we receive are distorted, and that the level of distortion is a function of how many of these traps there are on a CCD, what kind of traps these are, and the brightness of the image itself. The video below shows a simulation of distorting effects of the Charge Transfer Inefficiency on observed stellar images. (Skip video.)

To see how we can mitigate the effects of CTI the Radiation Task Force was created. This small group of specialists from the different Coordination Units (see DPAC) coordinated the efforts of investigating and modelling the CTI effects. Different solutions were investigated, ranging from detailed physical modelling of the processes to simplified empirical models. Tests by Astrium on actual Gaia CCDs, exposed to radiation and mimicking the passage of stellar images over a CCD, have been extremely useful in these investigations. These tests also exposed the sheer complexity of the problem. These tests were, however, carried out for the total radiation dose that was estimated for the mission around 2007. Analysis of the tests by Astrium were carried out in Cambridge, the Open University (OU) and Leicester. Modelling of the CTI effects was done in ESTEC, Leiden, Edinburgh and the OU.

The radiation dose as received by the satellite over the whole mission depends very much on the solar activity, which appears rather difficult to predict accurately. Around 2007 the expectation was that the activity in cycle 24 would peak towards the end of 2011, and would be higher than the peak in the preceding cycle. Instead, the activity has peaked at about half the expected level, and nearly two years later. For Gaia this means that overall damage due to radiation is expected to be significantly lower than the original estimates and the levels used in the testing, which is good news. The bad news is that the mitigation of the effects of radiation has shown to be a complex and expensive (in computing requirements) process, and that we still have a lot to learn from the actual CTI effects as observed in the Gaia mission data. 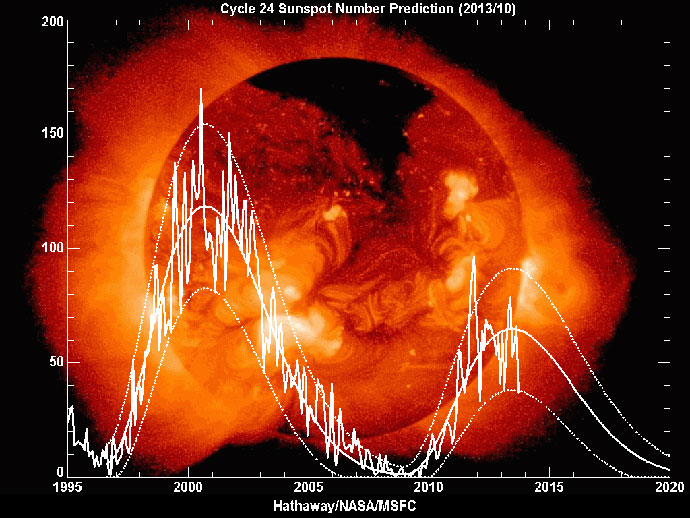