Since 2001, MSSL has had a significant role in the Gaia mission, centred on the Radial Velocity Spectrometer (RVS) instrument (see Fig. 1) and on the satellite’s main detector chain: 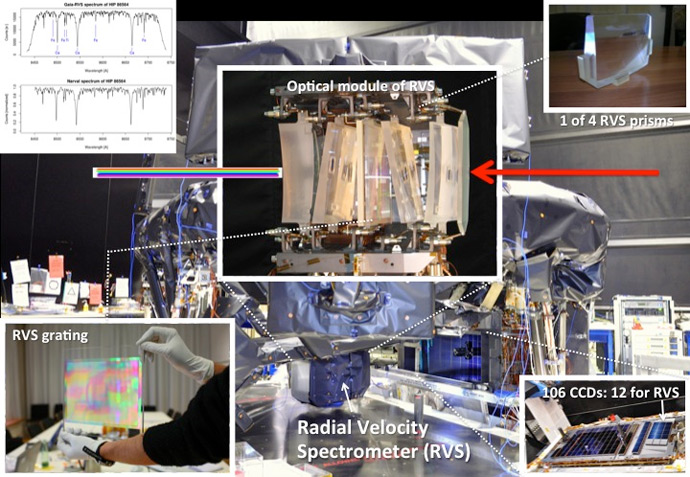 The RVS will produce on average 40 spectra per star for ~60-100 million stars to measure their motions in the line-of-sight direction, and their characteristics.  MSSL was contracted by ESA and the UK research councils to develop the RVS concept, and to advise the industrial contractor Astrium (now Airbus DS) on scientific matters.

The Gaia focal plane is the largest ever flown in space, and each CCD detector has dedicated electronics to convert the low signal levels in the detectors to digital images. MSSL, again through ESA and Astrium contracts, developed prototype electronics and calibrated every CCD and detector electronics unit on Gaia.

The MSSL Gaia team consists of 7 people at MSSL, 2 are members of MSSL’s Astro Group and 5 members of MSSL’s Software Engineering Group, and 3 people managed remotely (see Fig. 2).  They are all members of the Co-ordination Unit (CU) 6 Spectroscopic Processing (see Fig. 3), within Gaia’s Data Processing and Analysis Consortium (DPAC).  CU6 is developing the software to process the RVS data at the CU6 Data Processing Centre at CNES, Toulouse.  MSSL’s Gaia team is contributing around half of this software and was a major part of the team commissioning RVS. 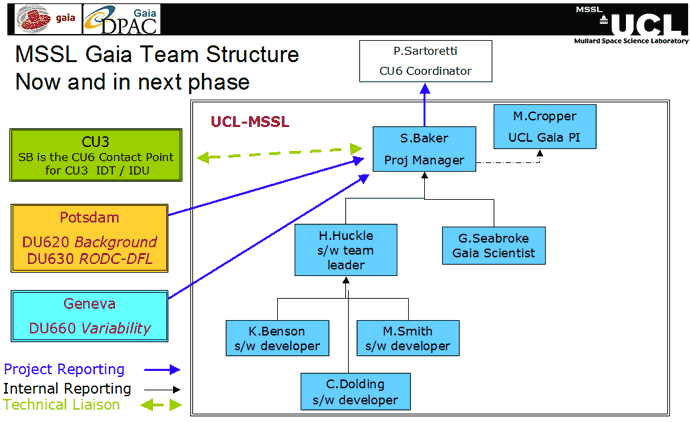 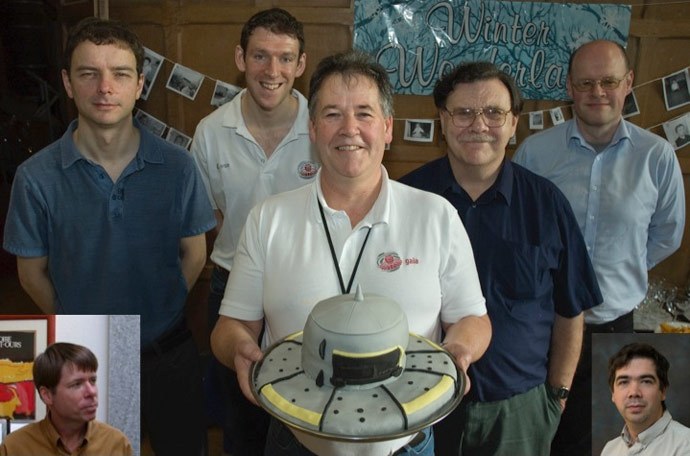